The hallowed rites of the Goddess Persephone at Eleusis, Greece held sway for nearly two thousand years (from at least 1500 BCE until the end of fourth century CE), beginning as a small localized religion and growing, until at its height, as many as three thousand followers could be initiated at one time. At about 600 BCE, Eleusis was adopted as the state religion of nearby Athens, a period just prior to the great Athenian cultural flowering. Eleusis became the centerpiece of the ancient world and the foremost sect of the mystery religions that dominated the Mediterranean sphere during classical antiquity.

And yet the goings-on inside the temple are cloaked in mystery, because the penalty for revealing the rites was death, a decree which is said to have come from the goddess herself. The secrecy was generally kept, which leaves a paucity of direct testimonials about these important rituals. 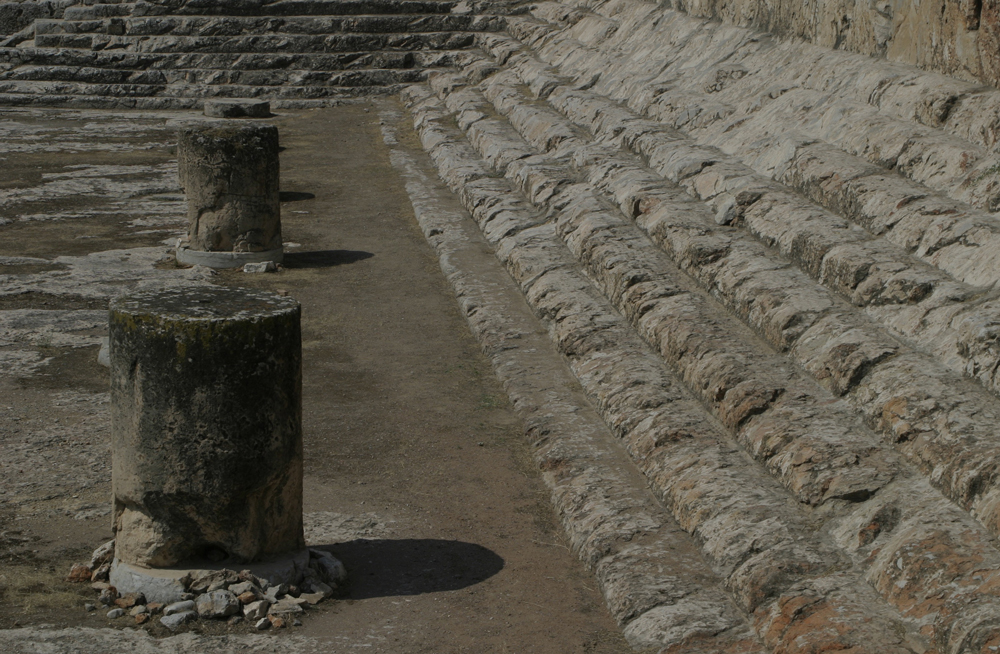 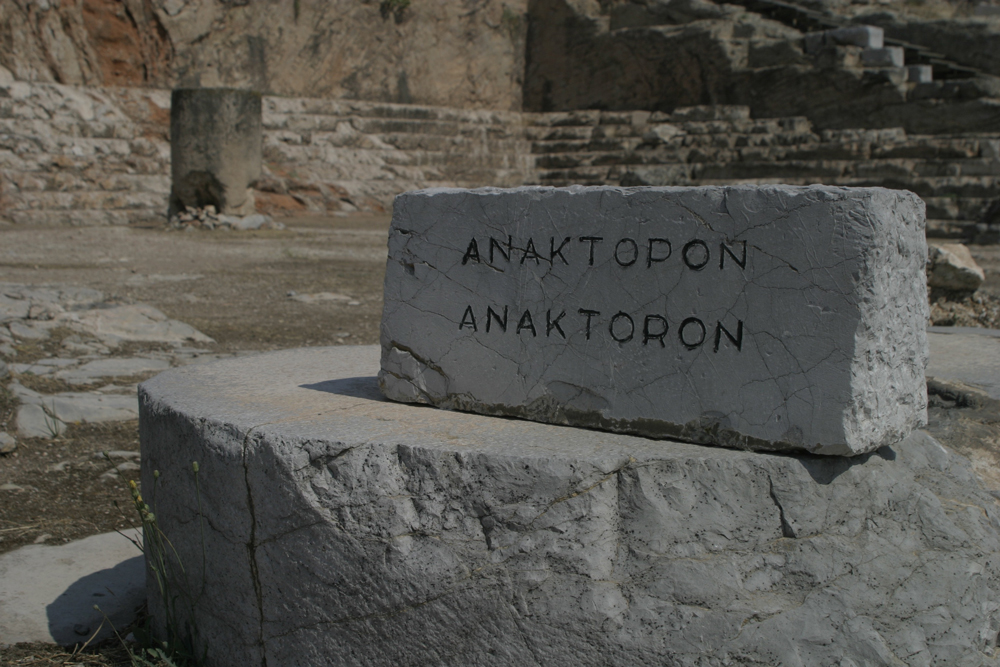 What is known about the rites: 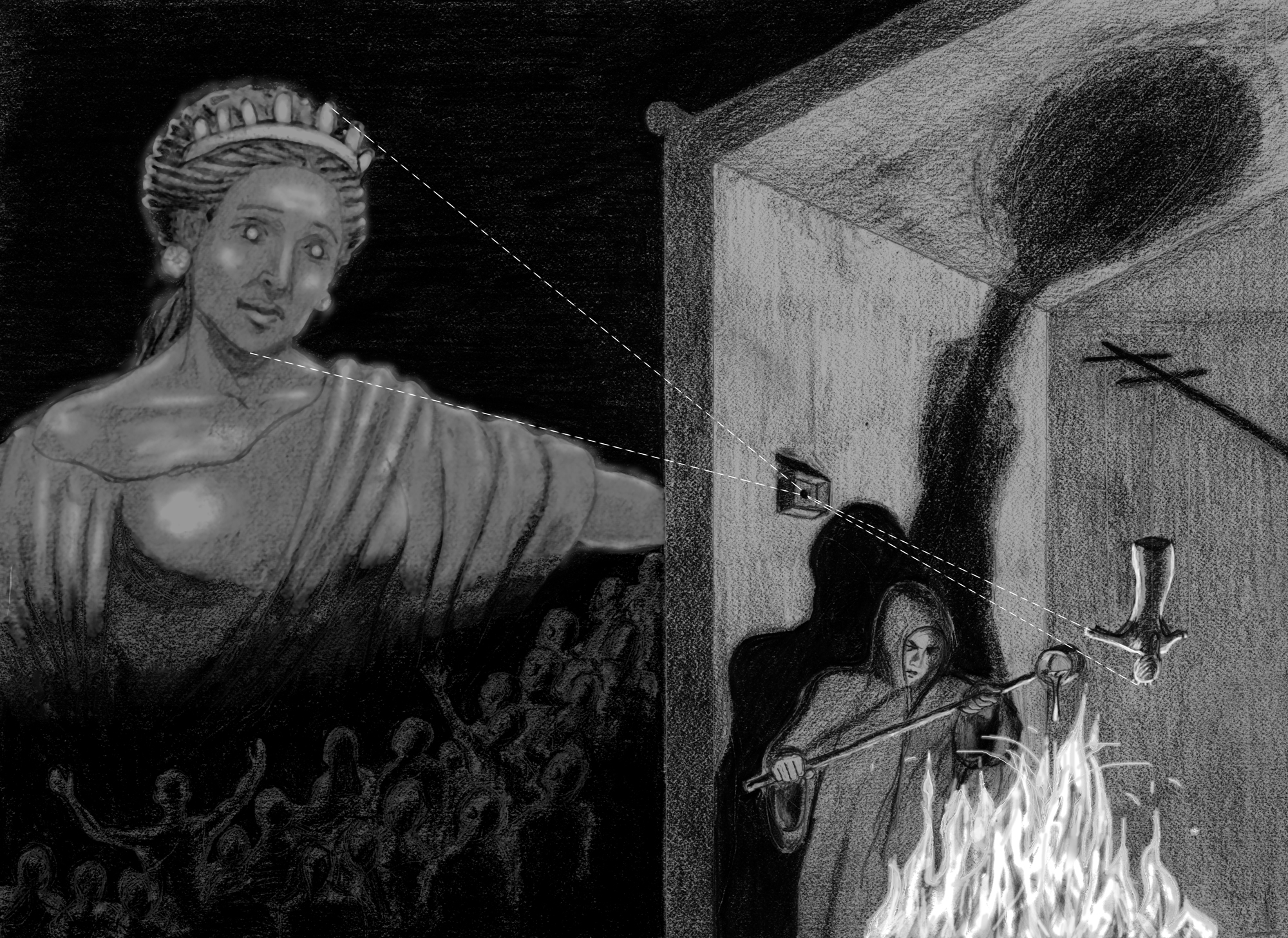 This scant smattering of details provides enough clues to indicate the manner of the performance of the rites. The optical principle of the camera obscura—an image cast into a dark area from an adjacent bright area via a small aperture—works irrespective of the scale of the dark and light areas. In the normal context a small dark space is surrounded by the sunlit world, but the principle is reversible, if the inside of a room is made very bright and the outside is very dark then the same hole will cast the image from the smaller space to the larger. The priest’s holy fire-room acted as the box of light and the dark cavernous space crowded with initiates was the theatre. The priest at Eleusis was operating a rudimentary projection booth, the Eleusinian Projector. Figurines of the gods were stationed inside the priest’s fire-room and it was their images that were projected out into the temple. The initiates were not directing their attention toward the priest or the sacred house, they were looking the other direction at spectral images, that they believed were gods, shining about on all the columns, viewing something akin to a sacred movie. Plato describes initiates experiencing, “whole, simple, unchanging, and blissful images in a pure light…”